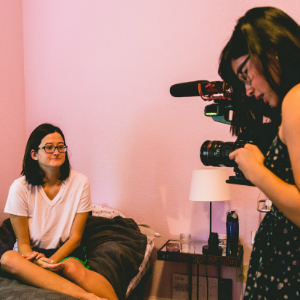 U.S. Pain is sponsoring the upcoming feature-length film, Becoming Incurable, which follows the lives of three patients living with incurable illnesses. Filmmaker Victoria Suan believes that by sharing their stories,  she can help create awareness for the hundreds of millions of individuals who suffer from chronic illness.

Although the film is reaching its final stages, there is still work to be done. To help cover post-production fees such as pick-up shooting, editing, color correcting, and music composition, Suan has launched a crowdfunding campaign with the goal of raising $15,000 by April 14. So far, nearly $13,000 has been raised. Even if you can’t donate, you can help by following Becoming Incurable on their crowdfunding platform, Seed & Spark. If they have 1,000 followers by April 14, they’ll be eligible for special grants and prizes.

“Becoming Incurable intends to educate viewers about marginal chronic illnesses such as dystonia, lyme disease, and ankylosing spondylitis as well as how incurable illnesses in many cases aren’t always visibly distinguishable,” says Suan. “In addition, it aims to educate viewers about how pain brought on by chronic illness is a severe detriment to the health and well-being of an individual, and therefore society as a whole, no matter what incurable condition they may have.”

To donate, visit the crowdfunding campaign. To learn more about the film, visit www.becomingincurable.com.