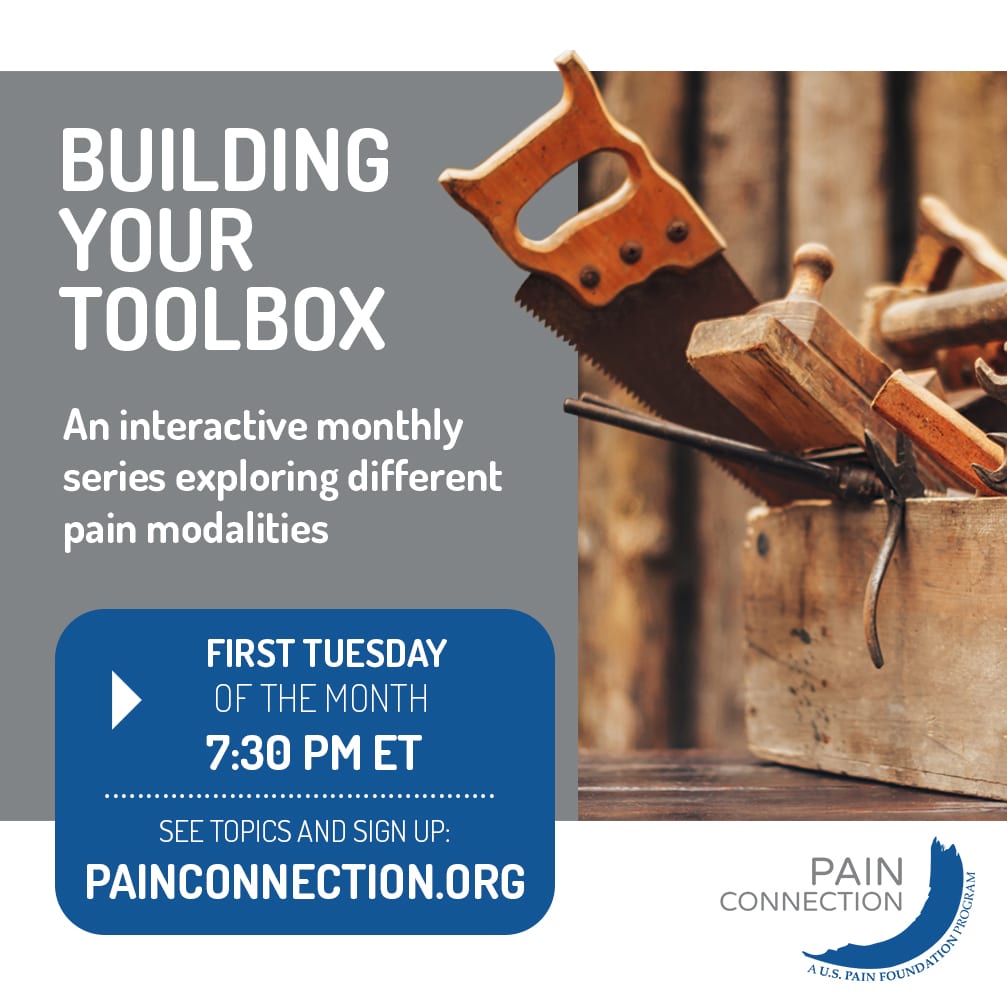 “Building Your Toolbox,” an interactive videoconference series, hosted its second event last night. The topic was “self-hypnosis,” with speaker Helen Hess, RN, NP, CHT, a certified hypnotist and hypnotherapist since 2005. A total 45 pain warriors attended the event, which is designed to be a more intimate version of a webinar, where people can directly interact with the speaker and fellow attendees.

The program was launched under the auspices of Pain Connection, U.S. Pain Foundation’s support group network, and is led by Gwenn Herman, LCSW, DCSW, and long-time support group leader Bobbi Blades. The series is held monthly on the first Tuesday at 7:30 pm ET and will run through December.

Upcoming topics have also been announced, and will be as follows:

Registration is free and open to all.

Register now >>
This educational series is made possible through funding from our sponsor, Johnson & Johnson.